by Ian
in Crops, Markets, News
0 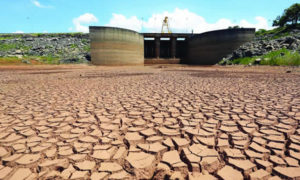 The southern Mozambican province of Gaza lost over 100,000 hectares of crops due to poor rains and pests in the 2017-18 agricultural campaign.

The Minister of Science and Technology, Jorge Nhambiu, speaking on Thursday at the ceremony to launch the 2018-19 campaign, in the district of Guijá, blamed the dry conditions for the loss of 79,000 hectares of maize, beans and other crops, and insect pests for the destruction of a further 28,640 hectares.

Nhambiu admitted that the current climatic situation in Gaza is not encouraging. The forecast is that there will not be enough rainfall in the province between October and March to satisfy the needs of crops and of livestock.

“We urge producers to sow their crops late to coincide with the period of maximum abundance of rainfall”, he said. Seeds with a short growing period should be used “in order to maximise water resources”.

The public sector, he urged, should ensure the use of appropriate agricultural technology by producers in order to ensure increased production and productivity.

Nhambiu also announced that last year, because of the appearance of foot and mouth disease in Gaza, there was a sharp decline in the amount of meat produced in the province – a fall of 15.5 per cent in beef production, 37.1 per cent in pork and 11 per cent in goat meat.

The one bright spot was an increase of over 30 per cent in the production of chicken meat thanks to a new chicken production and processing unit in Mandlakazi district.

No Result
View All Result